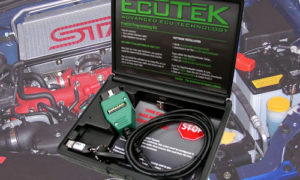 We are proud to announce the release of our Neetronics DCCD controller V1.8. There are many new upgrades in this new version. Here are some of the fun new features of our new DCCD control.

User Definable Thumbwheel Duty Cycles:
Many users and ourselves included noticed that the dccd seems to be non linear. There is tremendous change between 0 to 30% duty cycle. After 30% duty cycle the dccd seems to be almost locked up solid. There is probably no need to have 6 chocies of duty cycle after 30% and only 3 choices before 30%. The first two thumbwheel positions are ?OFF? and ?0%?. These two position will remain as is. The following 10 positions will now be user definable. Instead of the thumb wheel selecting 0 to 100% in steps of 10% the user can set each thumbwheel position to be any duty cycle desired. For example the first 7 thumbwheel positions after 0% could be set to 5%, 8%, 12%, 15%, 20%, 25%, 30%. The last three position could be set to 50%, 75%, and 100%. 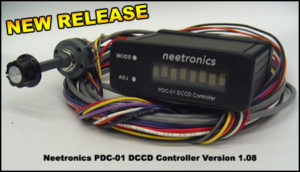 Speed Base Duty Cycle Limiter:
As the speed increases if the dccd is too tight there may be a tendancy for the car to push (understeer) in corners especially on slippery surfaces. A duty cycle limiter can be set for every speed from 10Km/h to 160Km/h in increments of 10Km/h. For any speed above 160Km/h the 160Km/h limiter will be used. With exception of launch mode, regardless of any other thumbwheel or over ride settings the limiter will not allow the output to exceed what the user has set as a limit at the various speeds.

Launch Mode:
The launch mode we created, if enabled, monitors the vehicle speed and throttle position. When the vehicle comes to a complete stop for several seconds without moving while the driver pushes the throttle above ?LTRG? the unit will enter launch mode. Once launch mode is active and while to vehicle is not moving (speed = 0) the duty cycle output will be 15%. Since it is unknown how long the vehicle may be waiting to launch it was decided to output 15%. This is intended to prevent the dccd from seeing high duty cycles until it really needs to. As soon as any of the wheels start turning the Neetronics dccd will output the ?LOV? (launch over ride) duty cycle. The user can define what this duty cycle is but typically it will be a very high duty cycle to ensure that on hard launches that the center diff will not slip at all. The ?LOV? duty cycle will continue to be applied to the DCCD until the vehicle has exceeded the ?LXSP? (Launch mode exit speed) which is also user definable.

More Informative Display:
In previous versions the display would simply show ?DC XX%?. Our unit may be the first dccd controller to actually display this information to the driver. We recieved feedback from several users telling us that they really liked knowing what the dccd was actually doing. We thought about it and felt that it would be even more beneficial to the driver if they knew not only the current duty cycle but also why was this duty cycle being output. Now what ever setting or over ride is active will be displayed. For example if the driver pulls the handbrake the display will now read ?HBK 0%?. If the driver is accelerating hard and exceeding the TTRG the display will read ?TOVR xx%? Auto